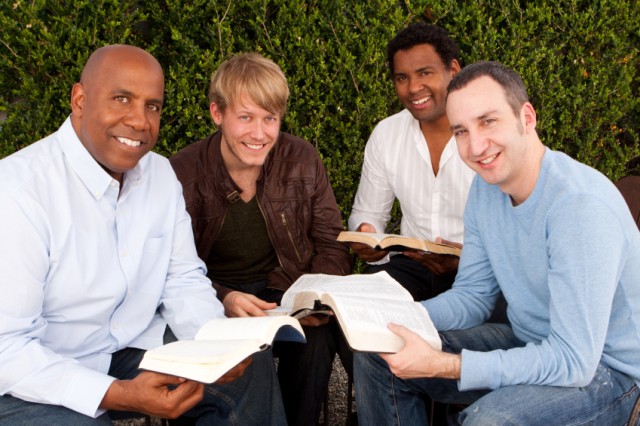 Question Three: Are You a Faithful Friend

First, a faithful friend is there in times of trouble. “Do not forsake your friend and your father’s friend, and do not go to your brother’s house in the day of a calamity. Better is a neighbor who is near than a brother who is far away” (Prov. 27:10). Given how important family is in the Old Testament, it is surprising that Proverbs would say don’t go to your brother’s house. The thought seems to be, “Don’t overlook your friends. They will be there for you every bit as much as your family will.” Contacts are good. Networking can be valuable. Having a plethora of acquaintances and well-wishers is nice. Racking up friends on Facebook is fine. But real friendship is proven in adversity (Prov. 17:17).

Fake friends go away when you’re in trouble. Faithful friends get better when times get harder. “A man of many companions may come to ruin, but there is a friend who sticks closer than a brother” (Prov. 18:24). The next time you are in the midst of suffering and ask God, “What possible reason can there be for this trial?” consider one thing he may be up to is making your friendships sweeter and stronger.

Second, a faithful friend knows how to handle conflict. He doesn’t hold grudges. He doesn’t keep an open file in his brain marked “ways you’ve hurt me.” Keeping a long, detailed record of wrongs is like building friendships with a revolver under your coat. It’s no way to make friends, or keep them. “Be not a witness against your neighbor without cause, and do not deceive with your lips. Do not say, ‘I will do to him as he has done to me; I will pay the man back for what he has done’” (Prov. 24:28-29). Faithful friends never seek revenge. They are eager to overlook faults and quick to forgive. “The soul of the wicked desires evil; his neighbor finds no mercy in his eyes” (Prov. 21:10).

Part of handling conflict well is being slow to speak of your friends’ faults to others. “Whoever covers an offense seeks love, but he who repeats a matter separates close friends” (Prov. 17:9). Good friends speak to someone, not around him. It’s amazing how many people we will talk when we have a personal conflict, but we avoid talking to the person with whom we have the conflict. It’s like driving in a round-about and never getting off (“Big Ben…Parliament”). Proverbs is right: “Argue your case with your neighbor himself, and do not reveal another’s secret, lest he who hears you brings shame upon you, and your ill repute have no end” (Prov. 25:9-10).

Third, faithful friends make each other better. “A man of violence entices his neighbor and leads him in a way that is not good” (Prov. 16:29). This is not the way of a good friend. We’ve probably all had those friends that make us feel nobler and purer, and those friends that make you feel a little dirty and out of sorts. Bad company corrupts good character (1 Cor. 15:33). Your strongest relationships should be with those who lead you to Christ, not with those who draw you away. This is especially true when you are young or when you are outnumbered. Your deepest friendships should be gospel friendships.

Faithful friends help each other with their words. “Oil and perfume make the heart glad, and the sweetness of a friend comes from his earnest counsel” (Prov. 27:9). The writer mentions two precious things in this proverb, oil and perfume, but neither are as precious as a wise friend. Go to your friends with your toughest predicaments and darkest secrets. Talk to them about sex and money and all the things we keep hidden. Get their advice before buying a house or taking a new job or getting married. The best friends combine their IQ’s and get smarter as a result.

We all know the proverb: “Iron sharpens iron, and one man sharpens another” (Prov. 27:17). It’s a great word picture. Ask yourself: am I sponge that never hurts anyone, but never helps much either? Am I a sword that cuts to the quick but also destroys? Or am I a stone, the kind of friend upon which others can be sharpened, made better and more mature? Faithful friends make better stones than sponges or swords.

Jesus Is a Friend

Of course, I’d be remiss if I didn’t end this series by point us to the One to whom all Scripture points. “Greater love has no one than this, that one lay down his life for his friends” (John 15:13). That means the greatest friend is the one who laid down the most for his friends. No question who this is.

To be sure, Jesus is more than a friend, but not less. He is the Divine Friend better than any other. He is never a fake friend, but always seeks our best. Neither is he a foul friend. He is slow to anger instead of quick to criticize. He is thoughtful and tender instead of annoying. He’s always trustworthy and never lets us down. Best of all, Jesus is a faithful friend. He not only sympathizes and comforts you in trouble, he delivers you from your greatest trouble, which is sin. Not only does he speak the truth and handle conflict, he made peace through his blood when were at enmity with him. And he doesn’t just make us better, he makes us new. What a friend we have in Jesus, all our sins and griefs to bear. What a privilege to carry everything to him in prayer.